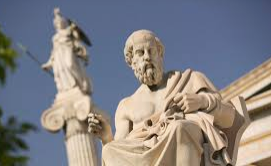 If You Don't Vote, You Will Be Governed by Idiots ......
for refusing to participate in politics, is that you end up being governed by your inferiors.


What Plato didn't warn you about is if you vote for idiots, criminals or pimps, you will be governed by such. 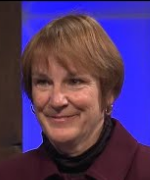 Judge Lisa Neubauer was reelected to the Wisconsin Court of Appeals in the hotly contested 2020 April elections.

Neubauer was reelected despite her committing ethical and felony criminal violations of court misconduct in the case of
Sandy Weidner vs. City of Racine.

Neubauer should be in prison, but because of derelict and feckless oversight agencies like the Wisconsin Judicial Commission and the Attorney General's office, Neubauer remains chief judge of all the Court of Appeals districts within Wisconsin.


After the election, Neubauer reached out on social media with the following message:

“It has been, and now will remain, the greatest privilege and pleasure of my professional life to serve as a judge on the Wisconsin Court of Appeals ,  I care so deeply about, and we have fought so hard for, the rule of law and the critical role that fair, impartial, independent, and competent courts play in preserving and protecting our liberties and our democracy.”
Neubauer talks about the rule of law as if she really gives a shit about it.
Facts are she is a constitutional infidel.
Neubauer is not fair, nor impartial, nor independent, nor competent.
Neubauer has the audacity to note the importance our courts play preserving and protecting our liberties and our democracy as she trashed the rights of 5.7 million Wisconsin residence as she conducted illegal secret court.
Think about this, when you stand before a judge,
chances are that judge is a criminal.
We have criminals conducting court in Wisconsin because of feckless governmental agencies !
Help us clean the trash out of government.
Support HOT Government.

Posted by racinecountycorruption at 8:02 PM