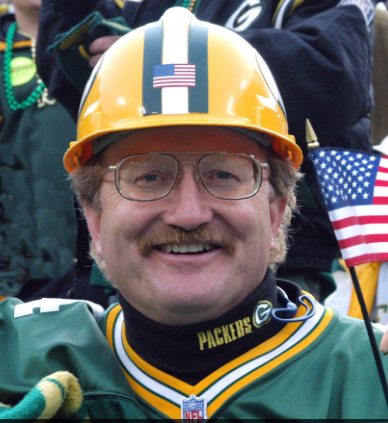 Named 19th member to the
Packers Fan Hall of Fame.


The community of Union Grove celebrated Frank's award by attending an impromptu parade in downtown Union Grove.  The parade was delayed due to mechanical problems on the charter bus.
Below is a picture of a lone supporter unaware of the schedule change. 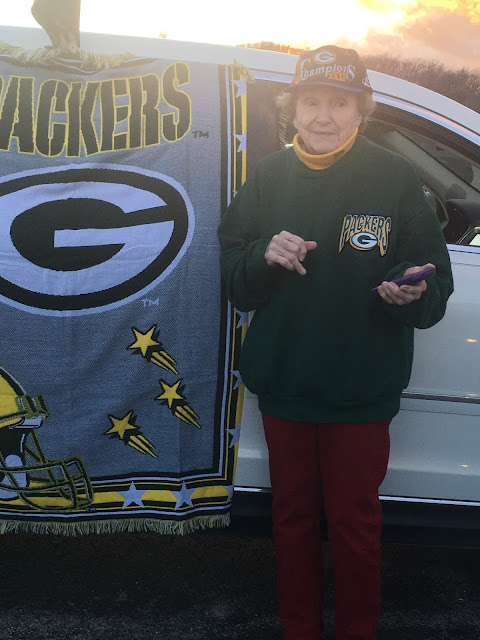 The parade was hosted by Fire and Rescue units of Union Grove and Kansasville.
Frank was given a hometown Hero's welcome by about two hundred residents. 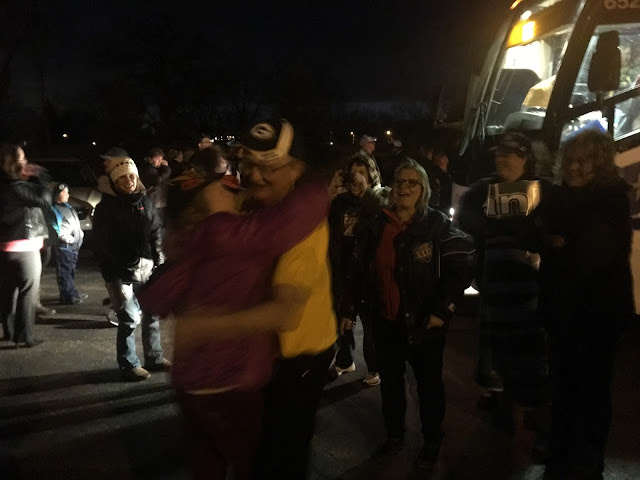 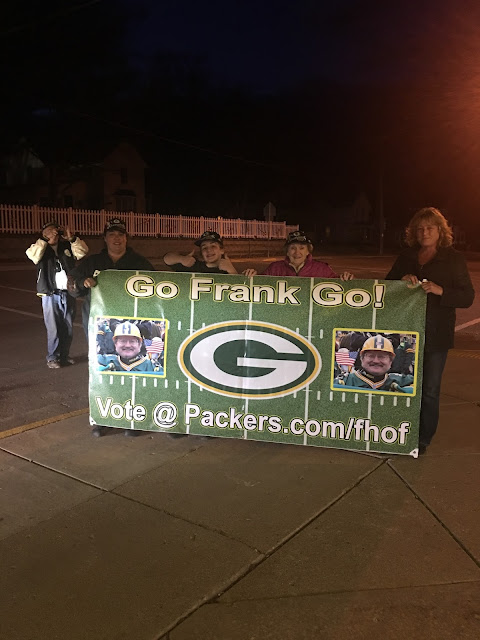 Frank reminds us of the movie
" It's a wonderful life"
because so few people do so much to help others.

Congratulations to Frank and Andrea Lamping !

Read more at:
https://www.facebook.com/groups/GoFrankGo/
Posted by racinecountycorruption at 5:50 PM No comments: