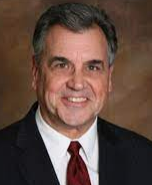 Michael Piontek was charged with numerous wildlife offenses between the dates of April 24 and April 27, 2020 as follows.

Piontek was charged with four offenses concerning wildlife offenses in 2020.
Piontek was found guilty of one out of four charges, a civil forfieture and was assesed a fine.

Ct orders- Def will enter into a DEJ for 8 months, if the def successfully completes the DEJ the case will be dismissed, if he does not the case will come back in for sentencing. Deferred prosecution agreement hearing scheduled for December 10, 2021 at 01:00 pm.

Here is a great article written by Bruce Vielmetti of the Milwaukee Journal/Sentinal detailing the court's events.

Posted by racinecountycorruption at 9:55 AM