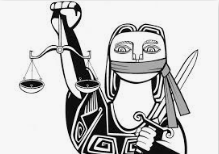 Judge Gagthebitch during his final comments of today's court hearing called Weidner's case "the most egregious" example of contempt of court he's seen by a lawmaker.
Gagthebitch further stated during the hearing;
"It is pure anarchy if people do not obey a court order," "That is the heart-blood of an orderly society."

In an honest court, all that the judge stated above would be accurate .

But Judge Gasiorkiewicz's court is not an honorable court.

Think about this folks, it is the
irony and hypocrisy of an open records request morphing into a sealed court case that is strikingly counterintuitive to the very heart and soul of Wisconsin Public Record laws.

The preponderance of evidence of the Sept.25th sealed court hearing exposes the judge as a manipulative double talking scoundrel that begs for a forensic audit of this court case.

Court transcripts along with supporting documents of the Sept.25th hearing posted in our Sept. 27th blog illuminates Judge Gagthebitch actively conspiring to deny Ms. Weidner the right of the public to attend the
scheduled UNPOSTED hearing.

The court's egregious conduct has knowingly put Ms. Weidner in a Catch 22 situation.  A situation of irrational circular reasoning to which there is no way out of the judges trap.

The Catch 22
By violating the gag order, Ms Weidner allows the public to scrutinize the court, but doing so puts her in harm's way of contempt of court.  If she complies with the gag order she remains in a secret court subject
to the wrath of tyranny.
Asserting her First amendment rights will benefit an informed public but in doing so risk additional fines and damage claims the court may assess.

There exist no rational reasoning to escape the circular conundrum.

This is an open records case.
Only a complete fool or complicit judge would put a litigant into this position.

. The judge has not only violated Ms. Weidner, the judge has conspired to violate every Wisconsin citizens rights to access public records and to court proceedings.

Tyranny begins in secret courts, quashing one opponent at a time without the knowledge and scrutiny of the general public.
Secret courts are a cornerstone of tyranny.

Any sealed court case should be highly questioned and challenged by the general public. To leave your fellow citizen go it alone in a secret court is desertion of morals and ideals, thus creating ideal circumstances for evil to flourish.

This court plays very dirty.
Judge Gasiorkiewicz was put on notice before the Oct 3rd. hearing that he was derelict of his judicial responsibilities by failing to post public notice of the hearing. We at RCC assert the court knowingly failed to post notice of today's hearing and the Sept. 25th hearing.  Judge Gasiorkiewicz conspired and knowingly subverted Wisconsin laws to act against the rights of citizens. These judicial errors, acts and omissions are contrary to Wisconsin statutes and the Wisconsin constitution, in doing so the judge has violated his oath of office. 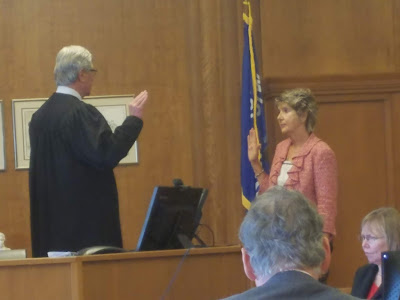 RCC calls for the resignation or removal of Judge Gasiorkiewicz for blatant errors, acts and omissions of his judicial duties.


We found Sandy Weidner acting as a patriot !

Posted by racinecountycorruption at 9:59 PM