One of the oldest open cases in Racine County Circuit Court went to trial today and retired reserve Judge Gerald Ptacek has the case.

Judge Gerald Ptacek retired in january 2017 with nearly 30 years of service on the bench.  During many of those years Judge Ptacek was running a corrupt court, conspiring with District Attorney Michael Nieskes to deny rights to citizens, abuse the court calendar to trick defendants into missing court dates, and holding ex parte meetings without defendant's knowledge or participation.

It is all part of the documented court record in case 2011FO00057 and other cases that crooked judge Gerald Ptacek oversaw.

To no surprise to us at RCC,  judge Gerald Ptacek was selected to conduct hearings and trial for this very irregular case.  Ptacek has an extensive history of  being the perfect judge for bad cops.

Irregularities in this case include allegations of destruction of  numerous evidence files by law enforcement, serving of an unsigned search warrant,  planting of evidence and  law enforcement destroying security recordings on the defendants security camera system.

We are not saying or implying that Mr. Barker is or is not guilty of receiving or selling of stolen goods. We don't have the facts and that is what trial should expose.
You may learn more here;
https://www.youtube.com/watch?v=LgoTeZgMIcU

But we do know this for fact, judge Ptacek and his court goons are back to their old bag of tricks by posting false information onto WCCA records.

History with judge Ptacek has taught us be ever vigilant of his smoke and mirrors show. 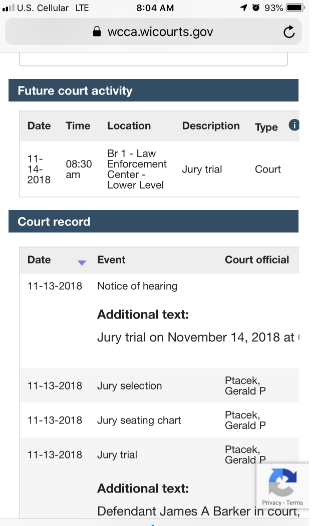 But court was not being held as posted on WCCA records.

This is part of the same pattern and practice of manipulation of the court calendar judge Ptacek has abused and subjected defendants to in his courts for years.

Not one prosecution affiliate, law enforcement officer or witness for the prosecution was downstairs in the posted court area waiting for the court doors to open.  At 8:20 am we at RCC suspected the Judge was back to his old bag of tricks.  HE WAS!
Court trial was being conducted across the street on the 4th. floor of the courthouse

This forced the defendant to repack all his boxes and video equipment and haul it back up the stairs and across the street.

So typical of this piece of a shit judge 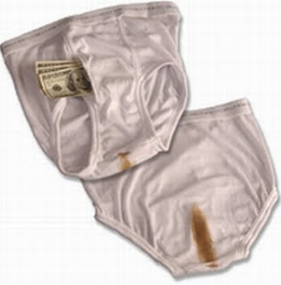 SCREW YOU JUDGE PTACEK !
Posted by racinecountycorruption at 7:12 PM