In Racine County,
the voters and nonvoters have spoken. 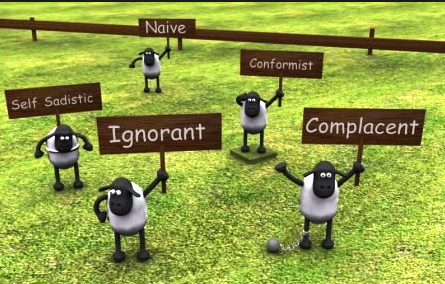 The choice not to vote is in it self a vote.
But what vote is it?

No confidence? No faith? No interest? Apathy?
Resignation? Anger? Indifference?

Maybe a mixture of all of the above.

Within Racine county, the voting numbers were a little better with 7 out of 10 eligible citizens electing not to vote.

This majority of Racine County's citizens who chose not to vote have by default left the minority of the citizens who vote in control of their destiny, isn't logical but yet it is reality.

Racine county has a voting population of nearly 100,000 eligible citizens.

Out of this countywide pool of eligible votes, roughly 30,000 citizens exercised their right to vote.

Doing the math, approximately 70% of Racine county's voting citizens freely gave up their right to vote.

Sheeple do not understand that rights neglected are rights lost !

To compound matters, in the statewide election for Wisconsin Supreme Court candidates, virtually 50% of the voters picked a candidate (Lisa Neubauer) who blatantly violated their civil and state rights. This 50% of the voting population put political ideologies ahead their rights !

In Court of Appeals case # 18CV1189, Judge Lisa Neubauer in her position of Court of Appeals chief justice, sealed the entire court record contrary to Wisconsin Statutes and the First Amendment of the U.S. constitution.

The illegal sealing of the court record violated the rights of
5.8 million Wisconsin citizens.

Judge Neubauer's conduct was so egregious that a misconduct complaint was filed against her and Judge Gasiorkiewicz. 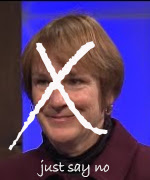 The partisan politics of republican vs. democrat plays well into the hands of the few that control the two political parties.  This convenient arrangement leaves the sheeple under the guidance and duress of the two poisoned political  party's.

Our democracy is fractured, ripe for outside interference from both adversaries and allies alike, but there is hope.

HOTGOVERNMENT will continue to move forward to educate the electorate, bringing Honest, Open &Transparent Government
to all the people.
This movement is free from the poisons of
political partisanship.

Posted by racinecountycorruption at 1:12 PM