Another Racine Side Show

The circus is in town and in full swing.

Adding to the joke of candidate Cory Mason as Mayor of Racine is 26 year old Justin Wheeler. 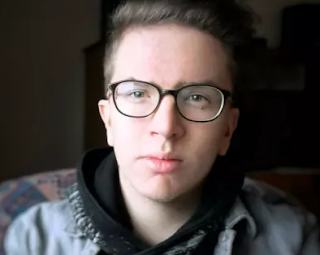 Justin Wheeler has announced his candidacy thru Crowdpac.... an outlet unfamiliar to us at RCC.

Crowdpac is a site that appears to be similar to GoFundMe.

Only thru error did we come across his efforts to be a candidate of Mayor for Racine.

Justin may be using Facebook as a forum as his media for candidate as Mayor of Racine.

He spoke of corruption as being one of his reasons as candidate for Mayor, that caught our interest.

We at RCC have some questions for him.

1. Are you just testing the waters ?
2. Do you really want the job as Mayor?
3. As candidate for Mayor,  you identified corruption as a problem in Racine, what would you do to clean up Racine politics?

The task of politicking can be brutal.
4.  Will you separate the job as Mayor from your personal and financial  life?
5.  Can you disregard personal attacks, in other words, are you teflon?
6.  As elected Mayor, what would be your top ten priorities?

7. Are you up to the task of ignoring negative politics and shedding shit like teflon does.
8. Have you produced a resume as candidate for Mayor of Racine?

The clock never stops, and every day is another lost opportunity to get your story out to the public for consideration and deliberation.

Corruption in Racine County is serious business.
We need someone who can stand up to the task of cleaning house. Perhaps Justin is what Racine needs.

The below appears to fit his profile
https://journaltimes.com/users/profile/jy262/

Posted by racinecountycorruption at 9:19 AM